GET THE LATEST INFORMATION

How To Wear A Bridal Hair Band

Hairbands are one of the favorite accessories of many girls, especially those cute girls, who have a soft spot for hairbands. It is also great for brides to use hair bands as decorative hairstyles. The retro atmosphere has an elegant and natural beauty, and can be matched with many different hairstyles. Following we will bring you several bride hair bands. 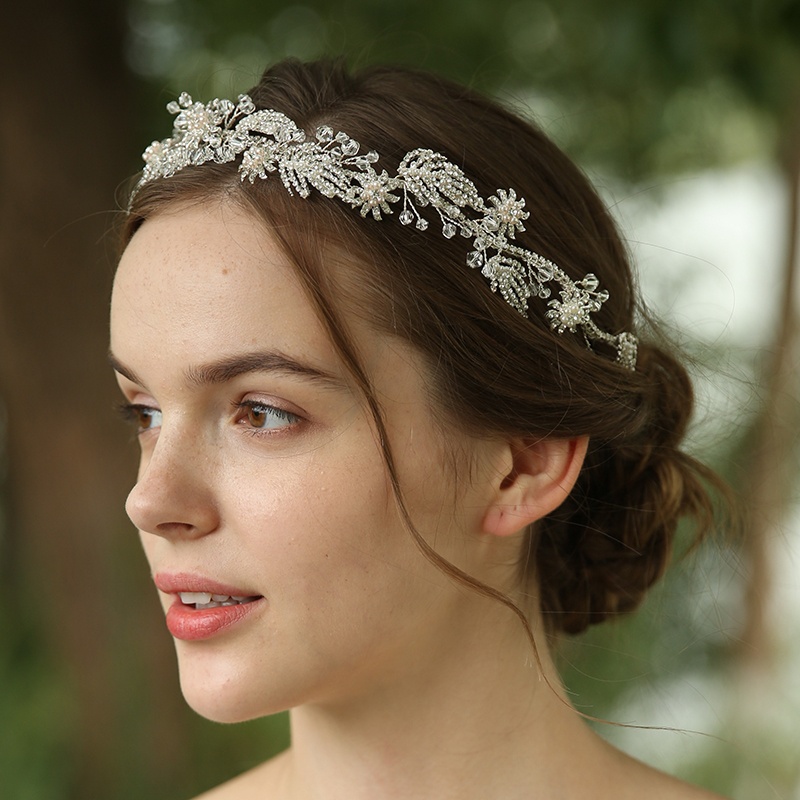 If you want to wear the bride's hair band with a beautiful and refined temperament, you must know the position of the hair band and the matching hairstyle.

The following styling examples will let you know more about how to wear a retro feminine look.

The low ponytail hairstyle is believed to be the hairstyle of many girls. Tie two rubber bands under the low pony tail to make the entire hair bundle more compact. Then put some flowers on the rubber band. The simplest hair band decoration can be beautiful like a fairy same. Of course, you can also tie the low ponytail into a small braid. The braid is just a simple and loose three-strand braid. In order to cover the rubber that binds the hair, you can insert flowers on the rubber band, naturally and generously. 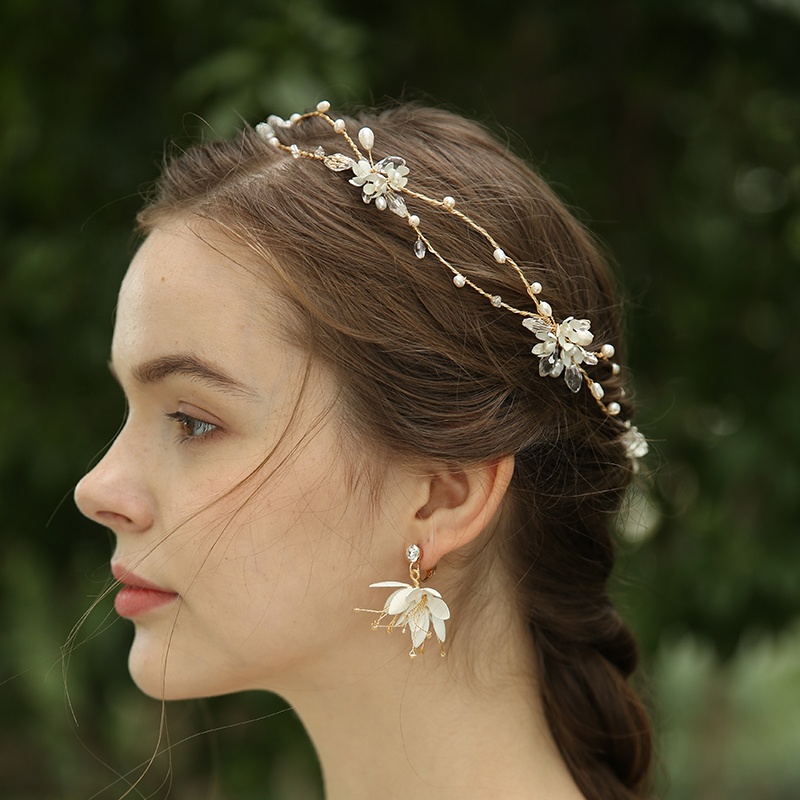 If the bride has shawl hair, make the top of the head fluffy and lengthen the face, grab a small amount of hair between the temples, and then fix it together in the middle, insert the flowers in the fixed place, and then match the retro bridal hair band Very fashionable. You can also weave a very loose braid on the front side. The gap behind the braid just brings a beautiful flower headband, which is more fresh and beautiful. 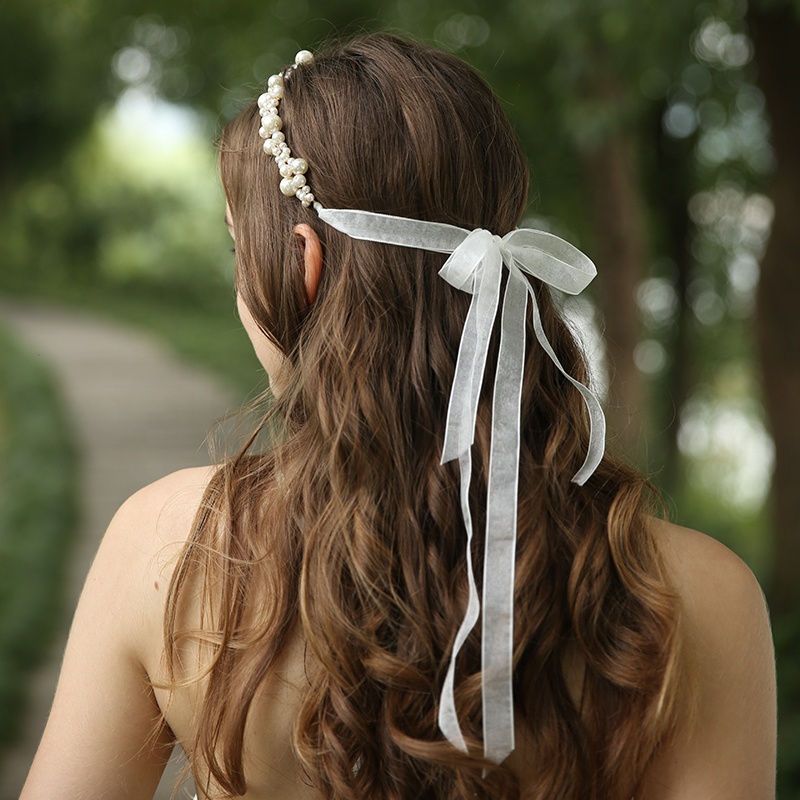 Three-strand braids are more common in bridal hairstyles. A large three-strand braid is knitted from both sides. The front end of the braid braids the hair in the middle of the head. Put on a clear and bright hair band, plus some small flowers and pearls. La. 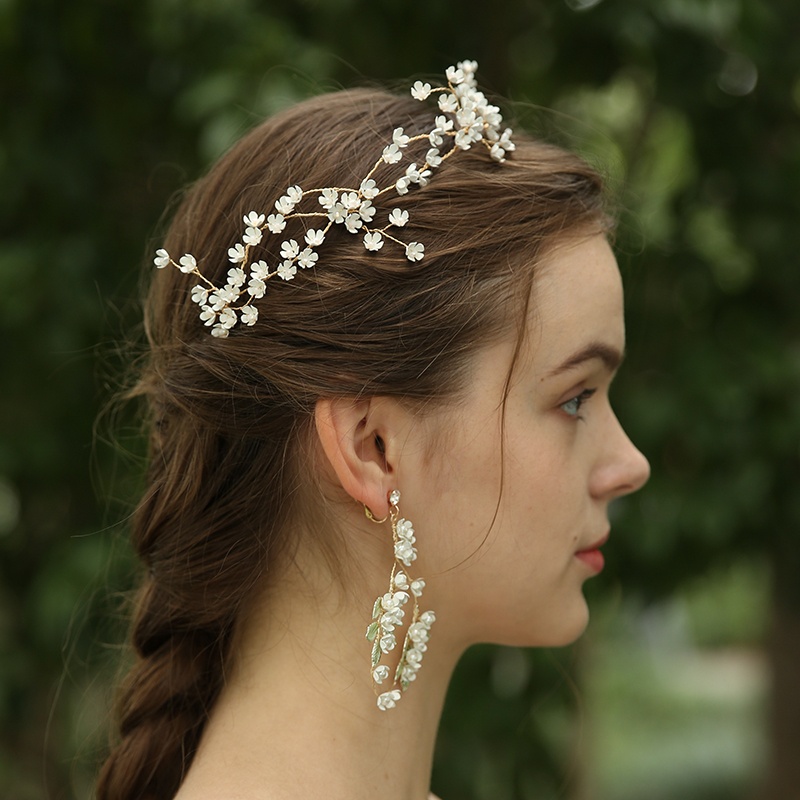 A single ponytail is a girl, and then a pair of ponytails can be called a girl. Because the double ponytail is more lovely, in order to make the ponytail hairstyle no longer dull and monotonous, the hairband element is integrated into the ponytail, which is full of personality and fashion. First, divide the hair into three parts, and the amount of hair on the left and right sides are equal. After being fixed with a clip, you can tie it into a side ponytail. Put the prepared hair band on the top of your head, and then fix it with a new clip. Then, make the hair into three strands and braid it to the end of the hair and fix it with a disposable rubber band. After the three-strand braid is braided, wrap the left braid along the back of the head to the root of the ponytail, and then fix it with a hairpin. After fixing, use the hair band to tie the ponytail and the two three-strand braids to It's OK together.